In a 1999 interview with Wired, Jeff Bezos boldly predicted, “Strip malls are history.” As it turned out, he was the one to kill them.

Shopping malls of all facets—indoor, outdoor, strip and outlet—have been slowly fading out for the last two decades. Ecommerce is the primary culprit; today, people buy most goods online—but there are other contributors to the historic decline of the shopping mall: high costs of maintenance, loss of rent revenue from shuttered department stores and, the nail in the coffin, a global pandemic that halted in-store shopping for more than a year. Coresight Research estimated that 25% or 1,000 shopping malls will close in the next decade, and this year, research from investment banking firm UBS found that as many as 50,000 retail stores will close in the next five years due to pandemic-related distress.

The country is simultaneously suffering from a supply shortage in multifamily housing and industrial facilities and developers are seeing big potential in utilizing vacant retail product, much of it directly in or near population centers, for new construction and redevelopment opportunities.

Once a quintessential American hangout spot, foot traffic to malls has trended in a single direction over the last decade: down. And the pandemic exacerbated the problem. According to data from Placer.ai, mall foot traffic has yet to return to pre-pandemic levels. In June, visits to indoor malls fell 9.5% compared to three years ago, while visits to open-air centers were down 9.4% and outlet mall traffic declined more than 14%.

There has been some return to mall shopping this year. Looking more narrowly at year-over-year activity, foot traffic actually increased 1.5% at indoor malls and .5% at open-air centers, showing some renewed interest in mall-style shopping following the end of stay-at-home orders. The gains earlier this year were even more impressive. In March, year-over-year foot traffic to indoor malls had increased nearly 17% and 11% for open-air centers. In April, the strong traffic held, with the year-over-three-year comparison down only .3% for indoor malls, nearly on par with the activity prior to the start of the pandemic. But by May, those gains had diminished, and overall, malls have yet to see a return to pre-pandemic activity, which was already trending downward.

The loss of foot traffic denotes other issues. Real estate research company Green Street tracks about 1,000 malls across the country, and it estimates that there are about 750 vacant big box anchor spaces at those locations. That means that three-quarters of malls have major vacancies—retailers like Macy’s, Sears and JCPenney—that are difficult to backfill. For malls that have completely shuttered, ownership is waving the white flag. Unibail-Rodamco-Westfield behind Westfield malls, announced plans earlier this year to sell its 24-property US mall portfolio to focus on European malls, and late last year, Macerich sold the high-end The Shops at North Bridge in Chicago for nothing more than the buyer’s assumption of outstanding debt in order to remove the liability from its balance sheet.

Just as foot traffic in malls has declined, demand for housing and industrial space is flourishing—but in many cases, there isn’t enough land to support new development for these assets. Before the pandemic, developers were in the early stages of converting vacant malls and shopping centers into other uses.

Housing has been the primary candidate. Mall conversion projects are happening across the country, and developers are often adding upwards of 1,000 housing units per project. California, a state with a particularly severe housing shortage and a record number of residents paying more than half of their income on rent, is a leader in mall conversions. The state is home to a handful of ongoing projects that have promised to deliver more than 15,000 new housing units throughout the state. That would be a step in helping California reach its goal of building 180,000 new housing units per year. At present, the state is only seeing about 80,000 new units come to market annually.

Industrial developers have a different vision. In fact, despite Bezos’ projection, Amazon has been a major buyer of vacant malls, turning them into fulfillment centers for online sales. From 2016 to 2019, the company purchased 25 unused malls and big box retail for redevelopment into distribution facilities.

Amazon isn’t alone. In the last five years, there have been 60 retail-to-industrial conversion projects that have added more than 15 million square feet of industrial supply to the market. With online sales expected to reach 27% of all retail sales by 2026, according to research from Morgan Stanley, demand for well-located fulfillment space close to population centers will only grow. It’s a major opportunity for developers to access land in areas with limited viable development sites.

As it turns out, Bezos wasn’t totally right. Malls are not history. Although many malls have succumbed to changing consumer preferences, many more are thriving. For those select properties, owners have invested significant capital on renovations and upgrades to better capture consumer attention and meet new shopping expectations. These owners are transforming former big box locations into eating and dining areas, investing heavily in family entertainment or signing leases with non-traditional tenants, like healthcare facilities. Those projects come with hefty price tags, in the high hundreds of millions and some reaching as high as $1 billion—but mall owners see the value in these upgrades as a way to drive future stability and relevancy in the shopping experience.

Whether an owner fighting to save this bastion of American culture or a developer with a vision for the future, malls are undergoing a transformation. Change has always translated to opportunity for developers, but these are sophisticated and nuanced projects. To understand the changing market conditions, local demand fundamentals and the highest and best use for the property, developers should lean on technologies like Northspyre that can use data, AI and predictive analytics to make sense of new market dynamics and guide successful financial planning. 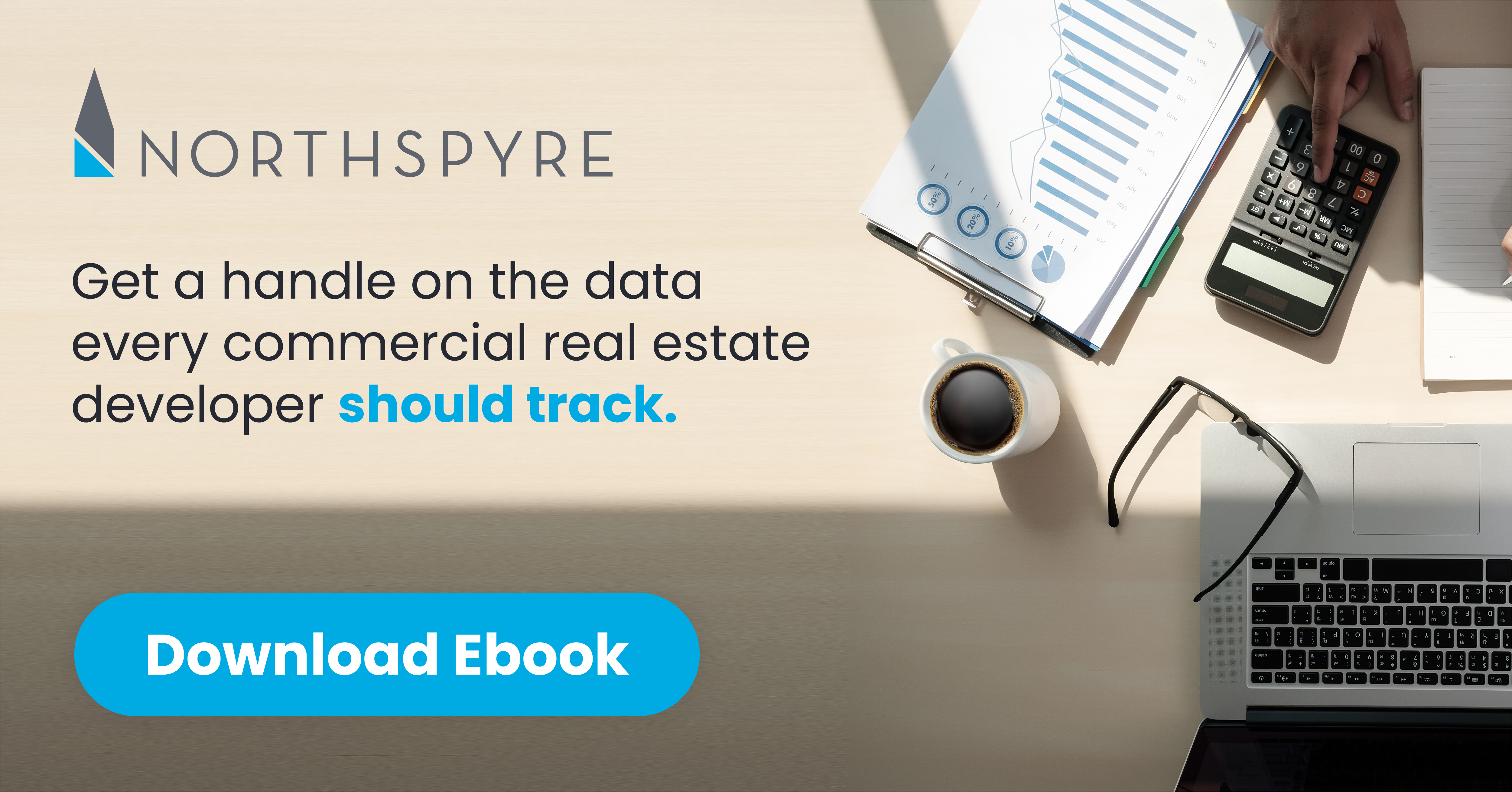 New opportunities have emerged during the pandemic that promise to drive robust development activity and deliver... Continue Reading
June 16, 2021

Lenders Are Giving a Green Light to Sustainable Building